Frequent reminders of essential information are necessary and important. That is brought to my attention when, in conversation with a parent, the mystery and misunderstanding of FAFSA come to the front. This blog is not exhaustive in its treatment of FAFSA. I have written other blogs on the topic, including 8 common mistakes to avoid when completing FAFSA. You can read that post by clicking here. This article is the reminder you want of the basics about FAFSA. 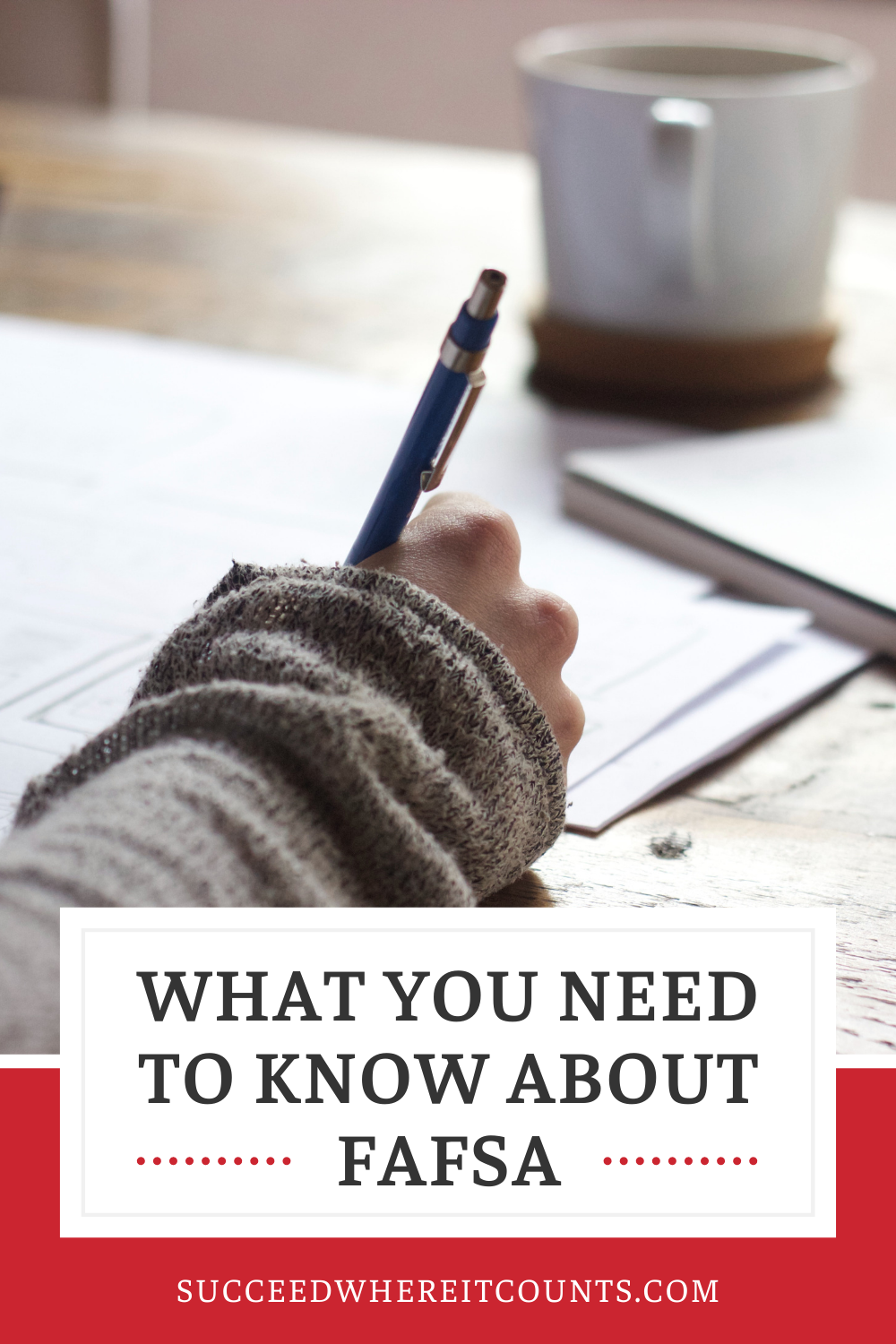 Takeaways are: FAFSA gives no money, the colleges do. FAFSA aggregates data and sends it where you say. FAFSA is an annual application. On their own signatures, undergraduates can borrow a maximum of $27,000 (and with approval, $31,500). Interest rates favor using the loans. Remember, you finance every purchase you make: either borrow and pay interest, or pay cash and lose interest.

How Much is a College Education Going to Cost You, Really?

The news is filled with stories warning about student debt, lamenting student debt, highlighting political promises to forgive student debt. I have yet to see a news story that reveals the true cost of a college education with or without loans.

One factor in understanding true cost is to add in opportunity cost. Another factor is missed income because a student took more than four years to graduate. A third factor is the one most people think about, interest rates.

Let's look at them in reverse order. Interest rates on Direct Student Loans are actually as low as current mortgage rates; currently 2.75% for students borrowing for the academic year 2020-2021 (FSA Student Loans). Furthermore, undergraduates hit a borrowing ceiling of $27,000 over four years. A $27,000 loan at 2.75%, amortized over ten years will incur a monthly debt service of less than $276.00. That is not crushing debt service for a college graduate.

Are you wondering, then, where all the stories come from about crushing student debt? The answer is found when students "need" to borrow beyond the $27,000 federal, direct loan. Then they go into the private lending market. Sallie Mae is a big player in that arena, and interest rates there can be as high as 12%. Here's an example of what can happen:

We're not done. Hang in there. Keep reading.

If Wilma takes five years to graduate with a B.S. in something, that fifth year will cost her the full, out-of-state tuition, plus other costs; let's say $50,000. In addition to borrowing another fifty grand at current interest rates, she will not be earning $45,000 in her first career track job (The 4-Year Myth). Therefore, the cost of the fifth year is actually $95,000; nearly equal to the cost of the first four years. We have previously written a 3 part series on The 4-Year Myth. You can click here to read part 1,
part 2,
and part 3.

Finally, factor #3 is opportunity cost. Let's keep this simple and not even factor in the interest Wilma is paying. Let's just look at the principle sum of $177,000 ($127k for years 1-4, and $50k for year 5). If Wilma had put that amount of money into an investment account earning a modest 5% interest, compounding annually during her working career, she would have, at age 67, more than two million dollars to live on in retirement. I hazard a guess to say she will struggle to achieve that with her college degree, and $1,586 per month debt service.

You can find a better path. Be a smart consumer.

Navigating the Pathways of College Admissions and Financial Aid in 2021

If you feel that the pathways of college admissions and financial aid are labyrinthine, I would not challenge you about that perception. "Straightforward" is an adjective few veterans of the processes would use.

Merriam-Webster Dictionary defines pandemonium as a chaotic situation (https://www.merriam-webster.com/dictionary/pandemonium). Who could argue with that as apt, standing as we are just inside the doorstep of 2021? Sadly, for us all, the current pandemic is adding confusion to the chaos.

What were high school students (grades 10 and 11, in particular) doing at this time last year? They were marking their calendars for campus visits. High school seniors were making calculated decisions about at which college to matriculate, from among several letters of acceptance. Campus life was a much more exciting prospect to those seniors than to their parents.

Then March arrived, along with the national, two-week shut-down to flatten the curve. Longest two weeks of my life! How about yours? So many excited first-year students have suffered through "virtual" higher education, and many from their parents' homes. I wonder how many parents now wish their college student was, in fact, away at college?

What will life look like for current high school seniors, come August, 2021? I have no idea; nor do the colleges; nor does anyone I know of, save the Lord God.

Here are my suggestions for 2021:
· High school seniors plan on campus life, somewhat modified by COVID-19 restrictions. However, also develop an at-home contingency plan. That includes re-organizing space in your house to create a dedicated study room. Include purchasing a new laptop computer with software suitable to the demands of college. Ask your college(s) what they recommend; particularly in your proposed major. For example, one of my former students, and now a rising college senior, needed a very sophisticated software program, with correspondingly powerful processors, for her engineering classes this past fall. Her plan to share with classmates was cancelled by the fact that she could not meet with any of them, even though she was living in a university-owned apartment, conveniently off-campus.
· High school juniors double down on your efforts for campus visits. Contact the colleges on your "Top Six" list. Ask about visiting. For campuses offering "virtual tours" only, schedule an appointment for that (or get the dates those are being offered). Write down every question you can think of. You may find yourself online with just one or two others, providing you a valuable opportunity to get some personal attention. Furthermore, be certain you set foot on the college campuses you are seriously considering, even if it is a private, unscheduled and unofficial visit. It is important that you see the campus, walk around the grounds, and visualize yourself there. Does it feel like the right place for you?
· High school sophomores surely, I mean surely(!) by the fall semester of 2023 campus life will have taken some form of predictability. Therefore, rather than concentrating on "Where?", concentrate on "Why?" For what reason are you going to college? To what end? Is a college education essential to your career-plans following high school? Do you know what those career plans look like? Why not? Those questions, and other similar questions, are much more important than where you will fulfill your higher education; at least for now.
One last fact to mention, and that is regarding financial aid. Big, big changes are coming to the financial aid formulae for the college years beginning Fall 2023-Spring 2024. The changes do not favor the middle class.